STOMPer lim was concerned at the sight of discoloured water coming out of a Loyang industrial estate's drainage system.

In a phone conversation with STOMP, lim said:

"I was heading back to work after lunch on Tuesday afternoon (Sep 17) when I came across the sight of yellowish water in the drain near Loyang Industrial Park.

"This was the second time in the span of a week that I've seen coloured water in the drains -- I saw reddish water in the same drains last Tuesday as well.

"I'm concerned at where it's coming from, and have made a report to the NEA (National Environment Agency).

"However, a NEA officer -- Hasim Anam -- got back to me and told me that the agency checked with the company-in-question and they were told the yellowish water didn't come from them.

"While I can't be certain, I believe this may be a form of pollution coming from a factory within the industrial area." It is encouraging to see that people are reporting pollution incidents to the authorities, although I'm wondering whether the Public Utilities Board (PUB) should have also been notified. 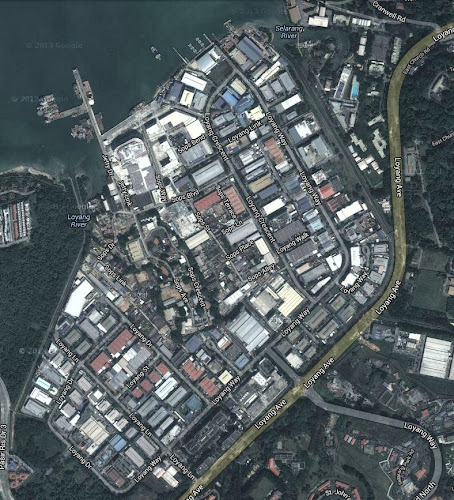 Both these canals drain into the seas off Pasir Ris, Changi, and Pulau Ubin, where many of our offshore fish farms are located. Not to mention that water activities are frequently conducted in this area. 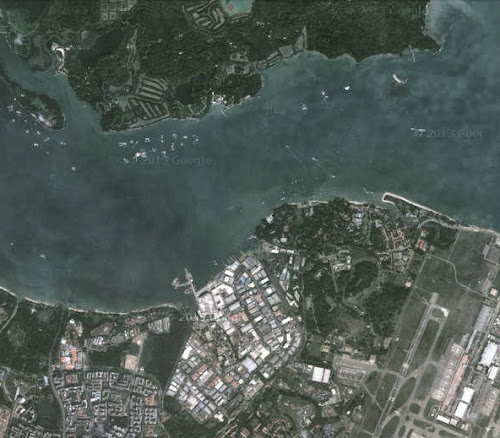 It's likely that any pollution from industrial discharge is likely to be mitigated by dilution, but still, it does make one wonder if such reports are being taken seriously, and if steps are being taken to track down offenders and mete out appropriate consequences. After all, a serious incident has the potential to not only seriously affect marine ecosystems as well as people engaged in water sports, but also threaten to contaminate our supply of locally-raised seafood.
Posted by Ivan at 6:00 PM