Dealing with urban wildlife: A response to Frederick Ow 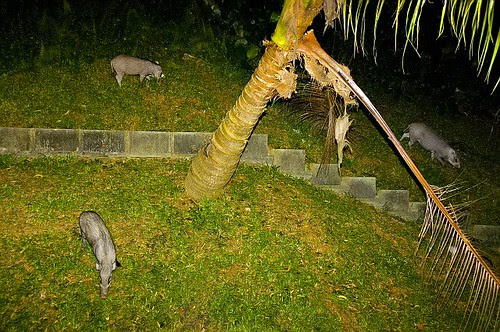 It's been a while since I last wrote in to the Straits Time Forum regarding wildlife conservation issues, so I was quite pleased to see that my reply to a letter was published.

The original letter that triggered my response is copied here in full:

NTU said signs were put up to warn drivers to be wary of animals crossing the street. However, I am more concerned about the safety of students who are staying in hostels located close to the forested areas. It can be dangerous if snakes or wild boars wander into the residential areas and attack them.

Despite its length, there was a lot I had to say about Frederick Ow's thoughts regarding this matter. While his concerns about the safety of people on campus are valid, he comes across as being somewhat paranoid and fearful of wildlife, when in fact the risks can be reasonably managed with appropriate behaviour on the part of the people.

My letter was edited for brevity, so here's the original that I submitted to the Straits Times:

Wildlife in NTU: let's not be paranoid about the risks

Mr. Ow raised concerns about the risk of NTU students coming to harm as a result of encounters with wildlife from the nearby forest. While his fears are not unfounded, I feel that his opinions come across as somewhat excessive and borderline paranoid.

It is true that wild boar and venomous snakes may wander onto campus grounds and pose a threat to people. However, in most cases, encounters between people and wildlife are brief and usually result in the animal fleeing from humans. Even in the case of venomous snakes, it appears that a hasty retreat on the part of the snake is the norm rather than the exception.

A fence surrounding the entire NTU campus would not only be prohibitively expensive, but would not serve its purpose for very long; wild boars, with their bulk and rooting habits, would soon be able to create gaps in the mesh, and snakes are able to scale most fences anyway. The only surefire way to prevent animals from making the crossing would be to electrify the fence, a measure which would definitely be seen by most as an unnecessary use of energy. In the meantime, other creatures such as pangolins and leopard cats (both of which are critically endangered species in Singapore) would find their access to habitats across the road suddenly cut off, isolating them in patches of forest which might be unable to sustain all their needs.

Besides, where it comes to the many snake species that can be commonly found living close to human activity, only two species are potentially dangerous: the black spitting cobra and reticulated python. These snakes are not restricted to forest habitats, and in fact are quite commonly seen in urban areas, due to the abundance of their rodent prey. A fence will probably do very little to affect the numbers of snakes which are already living on campus, unseen by most people due to their cryptic habits.

Instead of building fences to protect wildlife from people (and vice versa), it would be far better to create an environment where tolerance and coexistence are emphasized. Instead of pandering to fear, a more desirable strategy would be to raise awareness on campus, such as having signboards or posters to inform people about the presence of these creatures, and dispelling some misconceptions by distributing leaflets to staff and students, telling them what to do and what not to do should one encounter a wild animal. It would also be important to highlight the phone numbers of various wildlife authorities in Singapore, such as the Wildlife Rescue hotline of the Animal Concerns Research & Education Society (ACRES), which has staff on standby 24 hours a day to assist members of the public in rescuing wildlife from urban areas. There may be times when lethal action is justified, but culling should only be used as a last resort if all other avenues have been exhausted.

To further minimize human-wildlife conflict, other key measures could include ensuring proper disposal of food waste, which will not only attract omnivorous scavengers such as wild boar and monkeys, but also rats, which in turn might lead to more snakes on campus. At the same time, it is essential to curb the unbridled enthusiasm of people who are so excited by wildlife sightings that they put themselves in harm's way. There would need to be a strong policy on preventing people from feeding the wildlife, which encourages wild animals to leave the forest and deliberately seek people out, with potentially dire consequences. Policies to enforce against approaching animals or harassing them should also be implemented, since such behavior not only causes unnecessary distress to the animals, but can lead to attacks on people. For example, people may be drawn by the sight of a family group of wild boar with piglets, and in their excitement and ignorance, get too close, but the adults will not hesitate to charge should they perceive that the young are being threatened.

A friend once said that one thing he missed about London was being able to look out the window of his dorm and see a fox passing by. Residents in and around other cities have to deal with a wide range of wildlife, some of which are much larger, even genuinely life-threatening. From deer, coyotes and bears in North America, to baboons in South Africa, to crocodiles in northern Australia, numerous species are proving themselves all too capable of living in our midst, and people find themselves having to discover ways to manage interactions and conflict between man and beast. Yet the general theme is that it will be impossible to completely prevent people from crossing paths with wildlife, and sharing the same places. Instead, a healthy dose of respect, awareness of the risks, and taking the necessary precautions are emphasized.

There will always be encounters between humans and wildlife, as long as we have not decided to systematically raze all our wild places and pave them over. Yes, it is essential to look out for the welfare of both humans and wildlife, and people still have to be stopped from getting too close to wild animals. The danger of serious injury due to an encounter can never be completely eliminated, but I believe that it is all about taking a pragmatic and realistic approach to the possible risks. I believe the optimal solution would be to accept the presence of these creatures, maintain a respectful distance, and take necessary measures to reduce conflict. Instead of fearing them, let's appreciate the occasional fleeting glimpses and reminders that we are not the only species to call Singapore home.

Singapore lies within a hotspot of biodiversity, and such encounters serve to highlight how much fragile natural heritage still survives here. The United Nations have designated the years 2011-2020 as the Decade of Biodiversity, and the Singapore Index on Cities' Biodiversity has been developed to help cities worldwide gauge their conservation of plant and animal species. It would be tragic if the city that suggested and helped develop this index in the first place opts to cut people off from its own natural treasures with fences and traps in the name of protecting human safety.

Maybe I'm being idealistic or overly optimistic, but I believe that there are ways to manage human-wildlife conflict without having to cull animals all the time or putting people's lives at risk. It's a lot to do with managing behaviour on the part of both wildlife and humans.

I cited examples of urban wildlife in other countries to illustrate how the problems we face in Singapore often seem minor in comparison. For example, there is a lot of controversy regarding long-tailed macaques (Macaca fascicularis) in Singapore invading neighbourhoods and harassing residents. But with the proper infrastructure and changes to human behaviour, the nuisance and disturbance can be reduced greatly. If people don't feed the monkeys, the likelihood of them entering residential areas in search of food will be greatly reduced. Installing monkey-proof bins and window grilles to prevent monkeys from entering homes also helps mitigate some of the damage caused by these highly intelligent and curious primates. And yes, monkeys can seriously injure people, but one has to admit that monkeys are not as immediately life-threatening as say, a bear or big cat.

After all, we don't live in cities where cougars or leopards occasionally stalk and kill people, coyotes snatch house pets, or idiot neighbours feed black bears. We don't get thousands of traffic accidents involving deer and vehicles occurring every year. We don't have a situation in which you might wake up one morning to find a grizzly bear killing a moose in your driveway, or have an alligator in your swimming pool. In comparison, troops of wandering monkeys and the occasional snake in the house don't seem like such big problems after all. 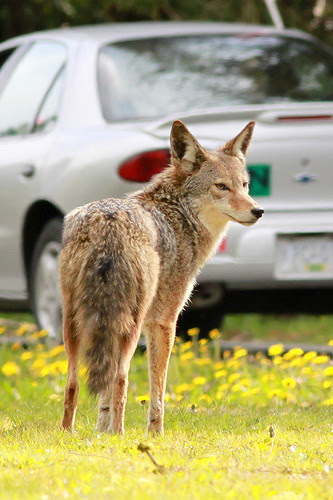 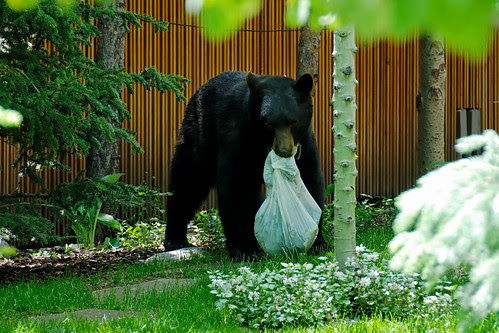 Even if one were to argue that snakes pose a real threat to human safety, comparisons can be made with other cities that deal with venomous snakes; for example, residents living in Australian cities and suburbs are familiar with many species of potentially deadly snakes. Yet by and large, there's a pragmatic acceptance of these snakes, and people take the necessary precautions to avoid confrontations.

Human-wildlife conflict is as much about changing human perceptions and behaviour, as it is about managing the wildlife and preventing animals from creating a nuisance. It is unrealistic to expect wild animals to keep to the forests and not come into contact with inhabited areas. This is especially the case with Singapore, where our network of park connectors, green belts, and other patches of vegetation provide corridors for wildlife.

There will be times when man and animal clash, and times when animals come too close for comfort and pose a genuine threat to public safety. Culling will be necessary in some cases, and so is wounding or killing a wild animal in self-defense. But I strongly feel that it is possible to coexist to some degree, and that humans and wildlife need not always be in conflict. It requires changes in behaviour and mindsets, and an understanding that it is impossible to completely eradicate the risks without wiping out entire species from our island. 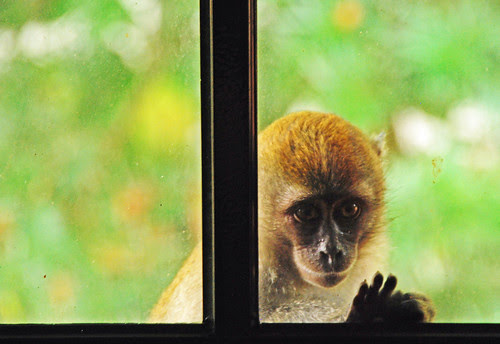 I am not advocating complacency and complete acceptance of wildlife; wildlife still needs to be excluded from busy public spaces, and steps must be taken to ensure that animals don't become so tame as to rely on humans for handouts, or take up permanent residence in our neighbourhoods and turn into public nuisances. It will not be easy, and a lot of compromises will have to be made. Funds will need to be spent on providing the necessary infrastructure and manpower to maintain human-wildlife conflict at a manageable level. But I believe that such efforts are necessary if we are to have viable populations of many of our threatened species.

Instead of going with the easy knee-jerk solution, which does not help in creating a more ecologically aware populace, I would rather that the time and effort be spent in getting people to accept and appreciate whatever biodiversity we have.
Posted by Ivan at 7:15 PM