Despite my morbid fascination with dead animals, I still get a little shudder every time I encounter roadkill. Maybe it stems from the fact that motor vehicles (through the actions of the people who operate them) can also cause serious injury and death to other people, so it's a twinge of empathy, acknowledging that it is a nasty way to get killed, and the grim realisation that it could just as easily be a fellow human being lying on the road. Not to mention the fact that despite near-universal knowledge and education on road safety, there is no indication that we will ever be able to eliminate vehicular traffic as a significant cause of human mortality. What makes one think that animals, being unable to comprehend the purpose of pedestrian crossings or road signs, would fare any better?

On many occasions, animals simply feel the need to get from one place to another, even if it means having to cross busy roads. Some individuals just happen to be in the wrong place at the wrong time.

For many species, born with the overwhelming urge to travel at a certain time of year, roads are a modern obstacle they are compelled to overcome in order to reach their objective, regardless of the danger.

Some, more comfortable in the trees than on the ground, find themselves ill-prepared when human development replaces the highway of branches in the forest canopy with a deathtrap of tarmac.

Because roads trap heat, many reptiles will bask near or on roads, oblivious to the danger.

Those equipped with armour or spines to thwart the jaws and talons of predators find their age-old defences to be all but useless against the force of several tons of metal.

Some aquatic animals leave the water, either to lay their eggs or simply to find a new home when the habitat shrinks or becomes overcrowded. Droughts, combined with roads built near wetlands, form an especially deadly combination.

Others,for all their speed and agility, pay the price for making mistakes, for being caught off-guard, or for following the instinct to freeze when startled.

Even those capable of flight are not necessarily immune to the risks.

Larger animals may habitually use roads because it's easier than moving through dense vegetation, although it does increase the risk of getting hit by vehicles.

Some species quickly learn to exploit the misfortune of others, but the need to be constantly alert remains, lest one becomes roadkill as well.

On the flipside, a small minority are able to actually use vehicles to their advantage.

The vast majority of instances of cars hitting wildlife on the road are accidents, although there are drivers who will deliberately go out of the way to kill small animals they see on the road, with some proudly recording and uploading their antics online. I refuse to abet such cruelty by linking to the videos made by these depraved people.

Having said that, Ford does have a couple of advertisements that manage to make the whole issue of wildlife and roadkill somewhat more amusing.

Bridgestone also gets in on the act:


(Not exactly wildlife-related, but I do like how these ads are trying to show that people are not the only victims of motor vehicles.)

And of course, the whole idea of having a frog trying to avoid becoming roadkill formed the basis of a classic arcade game. 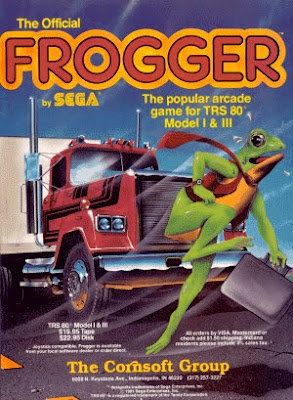 Next up, a post on the photo that helped inspire me to write more about roadkill.

(Cross-posted to Monday Morgue)
Posted by Ivan at 5:54 PM